This post will be a short one as I just threw it together in response to the nerve agent attacks that are happening at the moment.

Incredibly I myself am now caught up in this bizarre story and as we discovered some time ago we are writing and starring in our own movie…its unreal or reel to reel.

This is all occuring in the run up to the arrival of the Red Planet Mars and the Blood Moon lunar eclipse which we have been yapping about since 27/7/2012 the opening ceremony of the London Olympics…the time of the awakening.

The ancient name for Salisbury is Sarum or Mars and so the latest nerve agent incidents should be read as Mars Attacks. Old Sarum was an ancient fortress during Roman times and the location of the original cathedral.

It all started on the 3rd March 2018 thats a 33 once again when Yulia Skripal flew from Russia with love to England to visit her spymaster dad.

At 16:15 an emergency services call reported that Sergei Skripal, a 66-year-old resident of Salisbury, and his 33-year-old daughter Yulia had been found unconscious on a public bench in the centre of Salisbury by a passing doctor and nurse. An eyewitness saw Yulia foaming at the mouth with her eyes wide open but completely white.

According to a later British government statement they were “slipping in and out of consciousness on a public bench”.

According to the UK government, the two were poisoned by a secret (nerve) agent.

Novichok (Russian новичок: “Newcomer”) is a series of nerve agents that were developed by the Soviet Union in the 1970s and 1980s and allegedly the most deadly nerve agents ever made, with some variants possibly five to eight times more potent than VX, though this has never been proven.

They belong to “fourth generation chemical weapons” designed as a part of Soviet “Foliant” program.  Initially designated K-84 and later renamed A-230. The Novichok family of analogs comprises more than a hundred structural variants. Of all the variants the most promising, from a military standpoint, was A-232 (Novichok-5).

The police declared a major incident as multiple agencies were involved.  I was working around the corner on the same day and heard the breaking news as I was driving home.

It was all fake news to me as it was just another normal day from my perspective but that was to change as the world’s media descended on us and half the town was sealed off.

On 22 March 2018, Detective Sergeant Nick (Old) Bailey was discharged from the hospital. In a statement he said “normal life for me will probably never be the same” tell me about it Nick Nick or should it be NovichAck Ack…

Russia has always played the role of Bond villain in the Ice Cold War but did you know that after 1917, when socialism was imposed in Russia when the former Union of Soviet Socialist Republics (USSR) was formed after the Russian Revolution of 1917, and the Russian Civil War of 1918-1920. The propaganda machine introduced a new symbol for the new government….a swastika.

Eugeniusz Niedziolko was found dead in the public toilets at Lush House car park, next to Queen Elizabeth Gardens, on February 14, 2017.

An inquest into his death this week heard that in the hours before his death, Mr Niedziolko had been assessed by police officers and paramedics, but despite records of the night showing he was found, “freezing cold” and “not alert and barely conscious” a decision was made not to take him to a place of safety.

He was wearing a Cainsbury’s employee’s fleece, and a badge bearing the name ‘Sam’….as in Samael the Angel of Mars. 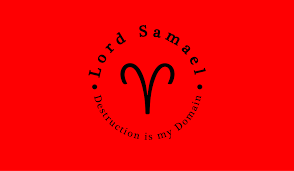 I was also drawn into the above story in a roundabout way, however all this has nothing to do with me. I am just a neutral Observer or Watcher standing from the sidelines as major incident after incident occurs….or as the story unfolds at least for now. 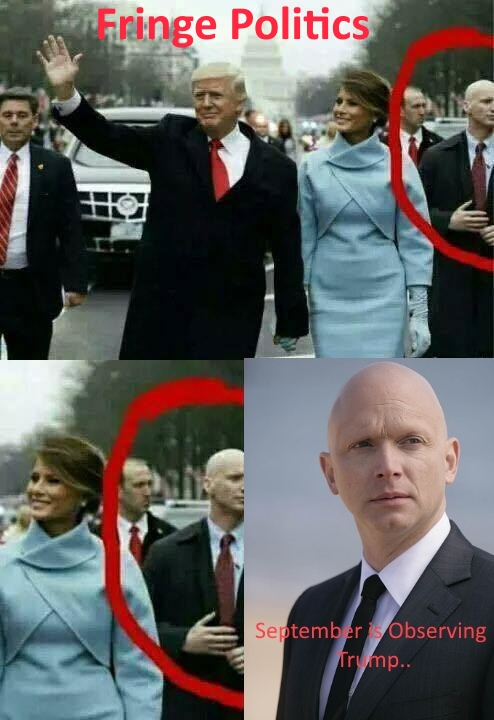 Then just when we thought it was all over….another zombie outbreak appears

When Dawn Sturgess collapsed on Saturday morning, police and paramedics attributed her symptoms to a drug overdose. They came to the same conclusion a few hours later when her partner, Charlie Rowley, began foaming at the mouth and entered a “zombie-like state”.

And someone I know will love this headline

Fears have been raised by a pal that Dawn might have first come into contact with the nerve agent through a discarded cigarette butt….cr ack ack ack

Health chiefs have warned people in Salisbury have been urged not to touch any objects if they don’t know what they are….you are now entering the Twilight Zone or is it the Forbidden Zone. 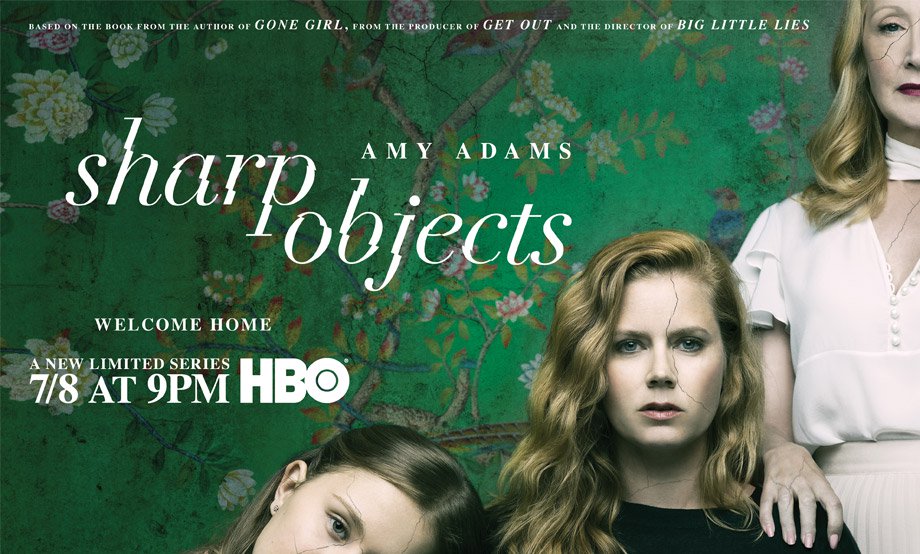 Eldest of six children of farmer and photographer Mark Fiennes and writer, painter and free spirit Jennifer Lash; eighth cousin of the Prince of Wales; third cousin of adventurer Sir Ranulph Fiennes, Ralph (pronounced Rafe) Twisleton-Wykeham-Fiennes was born in Ipswich on December 22, 1962, and raised in the west of Ireland and Wiltshire.

Prince of Wales…Red Dragon…Hannibal the Cain abel Lector and in the Bond film From Russia with Love Red Grant was searching for the Lektor in order to crack the DNA code.

Red Grant determined to obtain the Lektor captures the contact in the station rest room and takes his place, posing as the posh British fish-out-of-water, Captain Nash. Bond, initially unaware, lets Nash in on his plans and Tatiana, James and the SPECTRE agent meet in the dining car for a late dinner. Here, 007 gets his first clue as to the impostor. “Make mine chianti,” the curious Captain Nachash orders a red wine with his fish course.

Have you cracked the code yet?…..do you see whatney I see….? are you starting to remember or is it still a little Victorian foggy?

Jamesbury is first recorded circa 880 in the “Saxon Charters” as “Ambresbyrig”, and means “Ambr’s fortress”,  or Mars Fortress derived from the Old English pre 7th Century personal name “Ambr”, after the Old Germanic name “Ambricus”, thought to mean “immortal”, from the Greek “Ambrosios”, with Old English “burg” or “burh” meaning a fort or fortified place and often referring to a Roman or other pre-English fort.

The first recorded spelling of the family name is shown to be that of Christian Amsburie, married John Osburne, which was dated 7th August 1578, Bitton, Gloucestershire, during the reign of Queen Elizabeth I, Good Queen Bess, 1558 – 1603.

Queen Elizabeth was a RED HEAD and her occult advisor was 007 John Dee again linking her back to James Bond….and referencing once again casting out the bond woman the slave gene from our DNA…Dan iel in the Lions Den.

Now weirdly I had never been into Queen Elizabeth gardens until this week when a colleague persuaded me to walk around it to see the view of the Cathedral as painted by the Pole Ice Constable.

and then the very next day it is sealed off as an infected zone and all visitors have been advised to Wash and BURN all their clothes.

Public Health England have already urged people who visited five sites cordoned off in Amesbury and Salisbury to wash or burn their clothes and wipe items such as mobile phones and handbags.

Staff based in the Old Sarum Business Park were evacuated this afternoon (5th July) after an unexploded grenade was taken into Wessex Archaeology.

Emergency Services were called to the scene shortly after 2pm

Wiltshire Police say “as a precaution the unit was evacuated and a cordon put in place.”

A bomb disposal unit from the Royal Navy?? was called to the scene.

“At around 2pm this afternoon our staff recognised an object brought in from site as potentially a piece of Unexploded Ordnance. In accordance with our procedures, we evacuated the building and warned neighbouring businesses. We contacted the police who in turn contacted the Bomb Disposal team. The device was collected by the disposal team just before 4pm and staff were allowed to return to work.”

Just another normal day at the Oval office…ack…ack 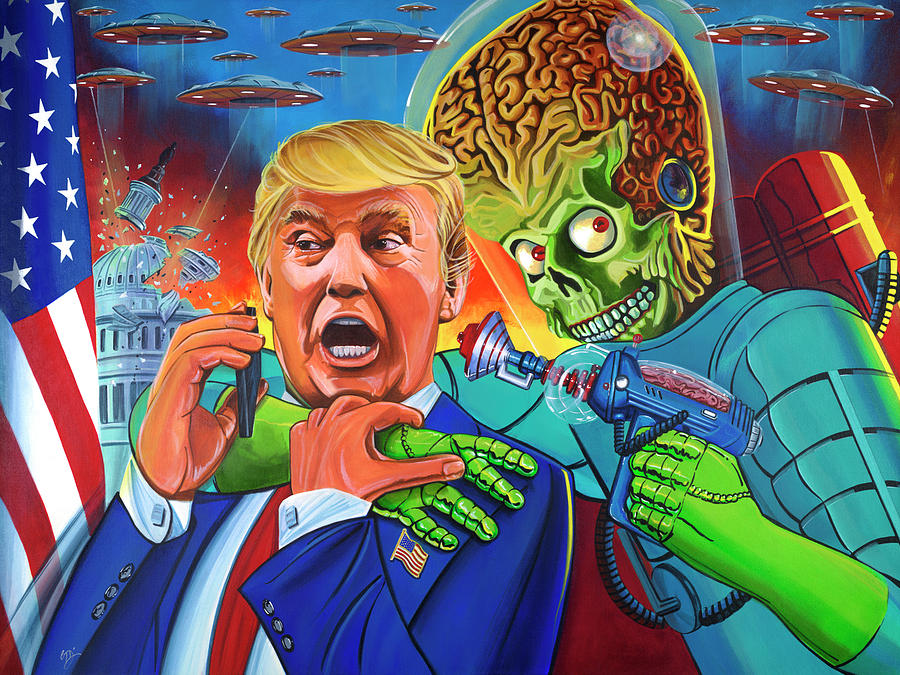 ‘I was looking at a Mars photo which had a long white rock growing out of it,’ he wrote on his blog, UFO Sightings Daily. ‘There were no other white objects and this one looks like one of those moving rocks. Then suddenly I realised it was in the penis area of a alien figure laying down.’

So how has this alien body survived without decomposing, because there doesn’t seem to be any sign that a civilisation lived on Mars recently? ‘For it to remain mostly intact, it must have more than 3 strands of DNA. You see we humans have two strands of DNA, which are biodegradable,’ War ing continued.

Be careful of picking up any strange objects…

War of the Worlds….Winner takes Earth…only one team can save us from the Red Kane alien DNA Tribe of Dan invasion 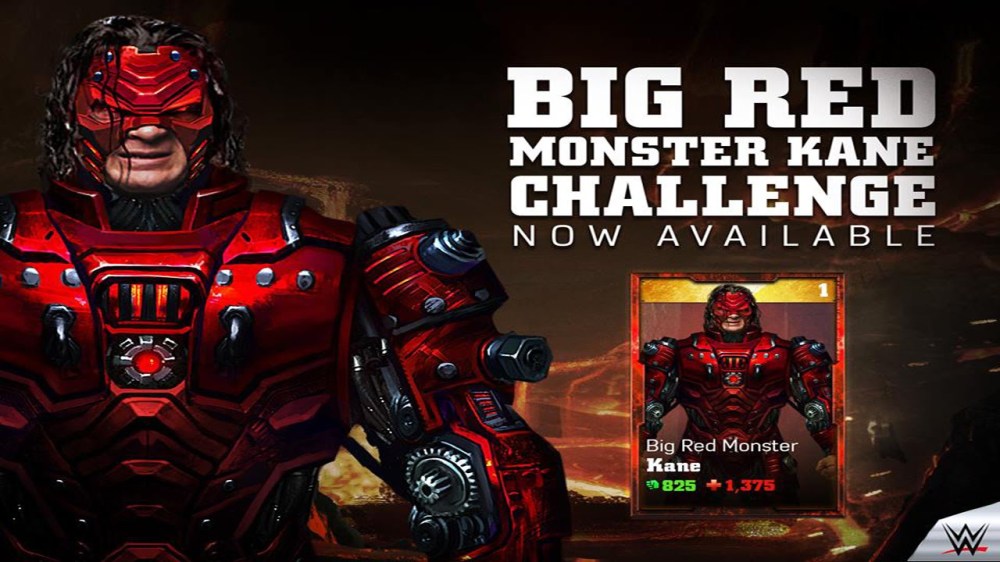 Be careful what you wish for

Now I need to go and lie down I don’t feel so good….