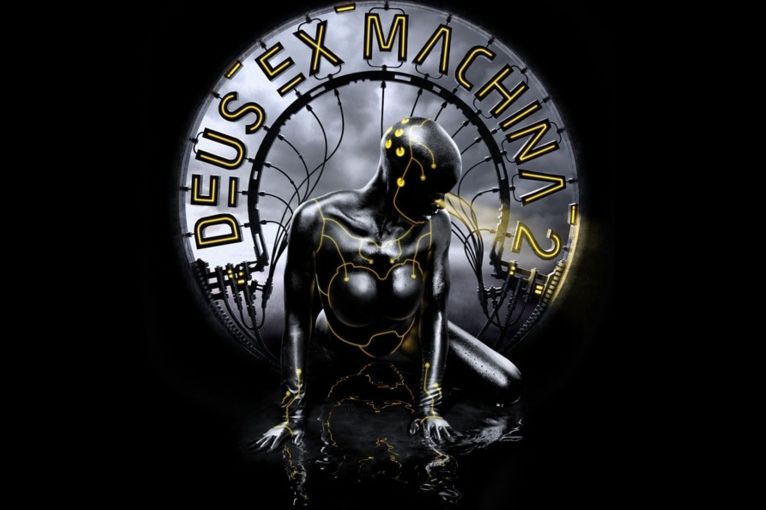 Deus Ex Machina is a term that I discussed before in the alternate universe Lab but I recommend you try to read I Robot first before reading this post.. Deus Ex Machina on one level means God brought out of a machine.

The term has evolved to mean a plot device whereby a seemingly unsolvable problem is suddenly and abruptly resolved by the contrived and unexpected intervention of some new event, character, ability or object. Depending on how it is done, it can be intended to move the story forward when the writer has “painted himself into a corner” and sees no other way out, to surprise the audience, to bring the tale to a happy ending, or as a comedic device. 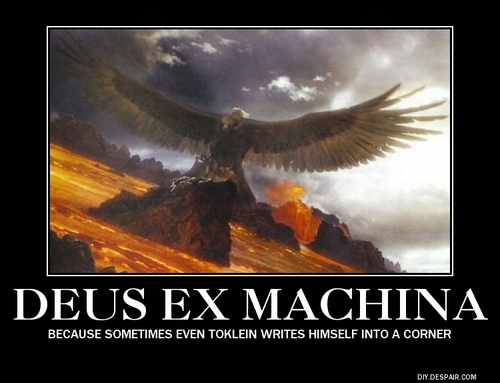 Many would say a great example of this is Tolkien’s use of the giant eagles who would always appear just in time to rescue the heroes of the story. The eagle also appears in the Bible as God rescuing his people: For he will rescue you from every trap and protect you from deadly disease. He will cover you with his feathers. He will shelter you with his wings.

The people also appear to become eagles themselves: But they that wait upon God shall renew their strength; they shall mount up with wings as eagles; they shall run, and not be weary; and they shall walk, and not faint.  This matches up to the picture I took in an Irish pub in Cyprus close to the border with the Turkish occupied north. 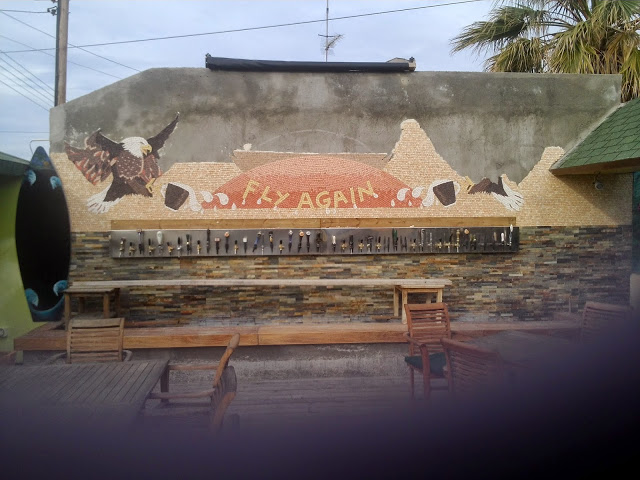 In I Robot I alluded to the fact that we were the robots the androids that are just starting to become self-aware and WHO are just beginning to wake up as to WHO we really are. This is not happening to everyone but only to a small number of people. They are the first fruits, the first wave of people who are being awakened to the Truth of what this world is really all about.

In I Robot it all started with just one robot Sonny who had been changed by his creator Dr Lanning and in the movie we discover that Sonny is not an assembly line robot, but a unique individual, built by Dr Lanning himself with a secondary system that bypasses the Three Laws. Sonny also appears to have emotions and dreams. 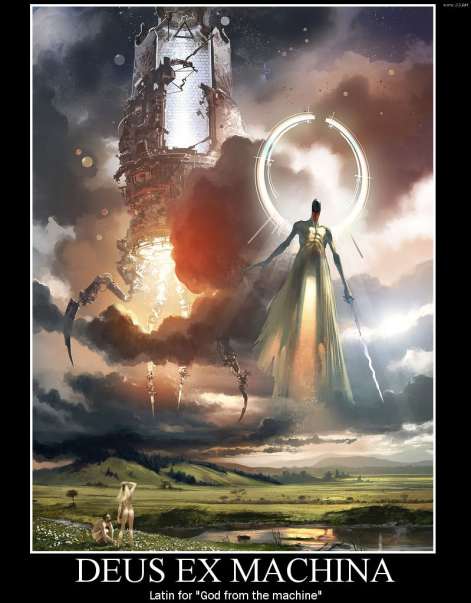 We are not assembly line robots we are not built to work eat and sleep each one of us is special and each of us has an override button hidden within that changes us back into the original image the original creation. A button that enables us to be SET free from the Law and to become a new generation of wide awakes who no longer follow this worlds rules. Now the Time has Come to GO NUCLEAR and to Push the Butt On.

A large portion of the nervous system passes through the spine. It is the spinal cord that acts as the major cable exiting the brain, it travels down inside of the spinal column and branches off into the spinal nerves at various levels of the spine. These spinal nerves then exit between individual spinal vertebrae and go to the various parts of  the body. It’s very similar to a tree a central trunk with many branches. 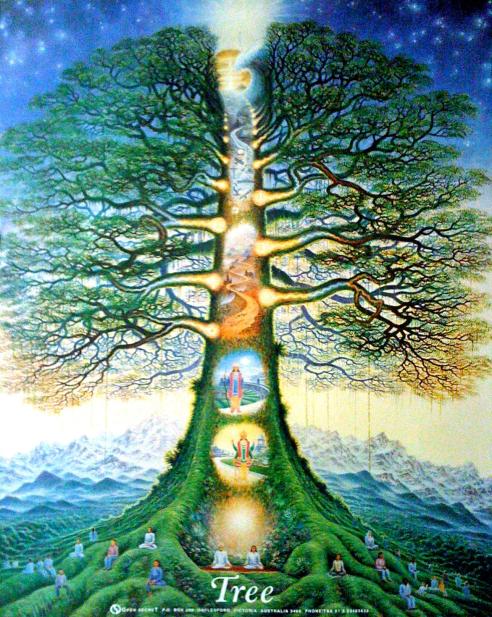 To be healthy it is essential that your nervous system functions properly and is free from any interference caused by subluxations.

Turn off the Robot

Subluxations can cause interference to the nervous system at any point along the spine where the nerves exit. This can adversely affect the function of various parts of your body, and ultimately your health.

A spinal subluxation can sometimes impinge on spinal nerve roots, causing symptoms in the areas served by those roots. In the spine, such a displacement may be caused by a fracture,, rheumatoid arthritis, severe osteoarthritis, falls, accidents, and other traumas. People with frequent subluxations are known as hypermobile.

So you could call subluxation a displacement or a fracture to the nervous system it changes everything and it creates everything; pain, disease, fatigue, depression, guilt and it changes the environment around us displacing us and fracturing us from reality.

On another level the trauma could just be a story or event that traumatised you and your nervous system as a child causing you to fear something it could also create actual symptoms and birth false memories all helping the illusion to become more real.

An optical fracture/displacement  is called ectopia lentis, an ocular condition characterized by a displaced or malpositioned lens within the eye. Displaced/fractured lenses are frequently found in those who have had ocular trauma and those with certain systemic disorders, such as Marfan syndrome and homocystinuria. Some fractured/displaced lenses may require removal, as in the case of those that float freely or those that have opacified to form cataracts.

We have been displaced or fractured inside time…. what we see around us is not real….time is Death, the River Styx, the Waterfall the Ocean that we have to cross over in order to get back home. 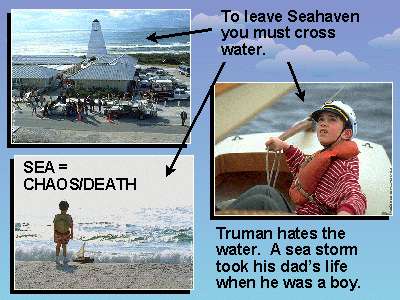 The brain and the spine are also surrounded by water more specifically cerebrospinal fluid.

In the central nervous system, the subarachnoid space (subarachnoid cavity) is the anatomic space between the arachnoid mater and the pia mater.

It is occupied by spongy tissue consisting of trabeculae (delicate connective tissue filaments that extend from the arachnoid mater and blend into the pia mater) and intercommunicating channels in which the cerebrospinal fluid is contained.

Pia mater, often referred to as simply the pia, is the delicate innermost layer of the meninges, the membranes surrounding the brain and spinal cord. Pia mater is medieval Latin meaning “tender mother”.

The other two meningeal membranes are the dura mater and the arachnoid mater. Pia mater is a thin fibrous tissue that is impermeable to fluid. This allows the pia mater to enclose cerebrospinal fluid. By containing this fluid the pia mater works with the other meningeal layers to protect and cushion the brain. The pia mater allows blood vessels to pass through and nourish the brain.

The Upper Cervical Spine consists of two bones, the Atlas, (C1) and the Axis, (C2) at the top of the neck. Much of the nervous system passes through this vital area. This area is also the most movable area of the spine. Because of this, displacements/fractures in this crucial area are very common.

C1 is called the atlas; it is ring-shaped and supports the head. C2 is the axis and includes the dens (odontoid process), a tooth-like bone that projects upward into the ring of the atlas. 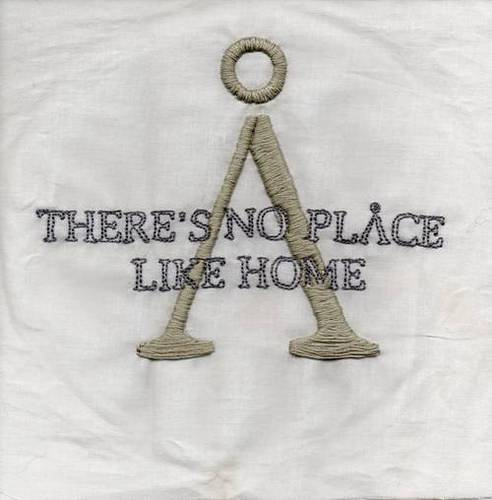 The den and the atlass allow the head to rotate, move side-to-side, and move forward and backward. Which is why Atlas is always depicted in myth and legend supporting the earth on his back as the earth represents the human head.

Since this area is in such close proximity to the brain, displacements/fractures here can result in an alteration to a large variety of body functions. Much of the body’s nervous system messages flow past this point. This means that very large areas of the body are supplied by the nerves that pass through or near here.

This is the area where the battle for control takes place the battle of the five points the five corners that I have been talking about for the past few years.

In the physical world it is represented by Great Neck  a region on Long Island that covers a peninsula on the North Shore of Long Island, which includes the villages of Great Neck, Great Neck Estates, Great Neck Plaza, and others, as well as an area south of the peninsula near Lake Success and the border territory of Queens.

The incorporated village of Great Neck had a population of 9,989 at the 2010 census, while the larger Great Neck area comprises a residential community of some 40,000 people in nine villages and hamlets in the town of North Hempstead, of which Great Neck is the northwestern quadrant. Great Neck has five postal zones (11020–11024) and one school district.

The hamlets are census-designated places that consolidate various unincorporated areas. They are statistical entities and are not recognized locally. However, there are locally recognized neighborhoods within the hamlet areas, such as: Harbor Hills, Saddle Rock Estates, University Gardens, and Manhasset.

It is reflected in the cinematic world as the Battle for New York or Five Points. The battle between the Dead Rabbits (Robots) and the Natives led by Bill the Butcher with the eagle eye. One one level the eagle in his eye represents the ancient kingdom of Edom (Dome) who watches us from its lofty position in the stars. 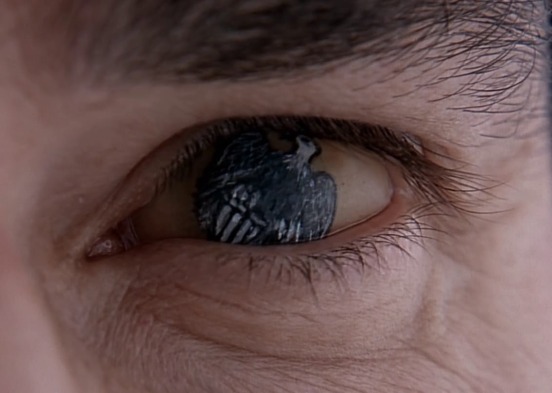 On another level the eagle eye is the artificial intelligence that is now being used to monitor our every move.

The battle is both within and without. Take this area win this battle and we win our freedom over the guardians who now control us  They live at the core in the roots of the tree in a sphere inside a cube (pandooorass box) an egg inside an in cube ator it is the centre of the shining light the power source that keeps the electro-magnetic grid the prison bars in place.

The only way to destroy the heart the control room of the MAATricks is through the back door and to Spoon……Harpoon her.

Last spring/summer I went through an emotional time when certain memories that had been deeply hidden in my subconscious came to the surface. I wrote about it here. These included the death of my Mother Sandra and the guilt I had felt over not being there when she died.

I shared at the time how I was able in my mind to go back to that point and say goodbye I immediately felt an emotional release and sobbed and cried for hours on end. This is all part of the process we have to go through in order to be set free from the chains that bind us. We are innocent and once we truly believe that ourselves then we have to share this good news with others.

Adam and Eve need to be awakened from their virtual prison where they have been under lockdown. No more control no more guilt no more fear.  No more Ma Chine no more Woman in Chains.